Things To Do In Dollywood – A Quick Start Guide

This post may contain affiliate links. Please read our disclaimer.

Dollywood is a 160-acre park with over 50 rides and attractions right outside of Gatlinburg, Tennessee. This things to do in Dollywood article will get you started on the essential attractions, food, and rides the park has to offer. We went for the rollercoasters but discovered it’s more than a rollercoaster park, it’s a top-tier theme park. Coming in at #6 for US Theme Parks, Dollywood beats out some Disney properties and it is the first entry on the list that’s not Universal or Disney.

They say Dollywood is America’s friendliest park, and we’d have to agree. It featured attractions that spanned all ages, with positive and encouraging messages throughout the park. We weren’t bombarded with branding but inspired to be all-around good human beings and celebrate life in the Smoky Mountains. 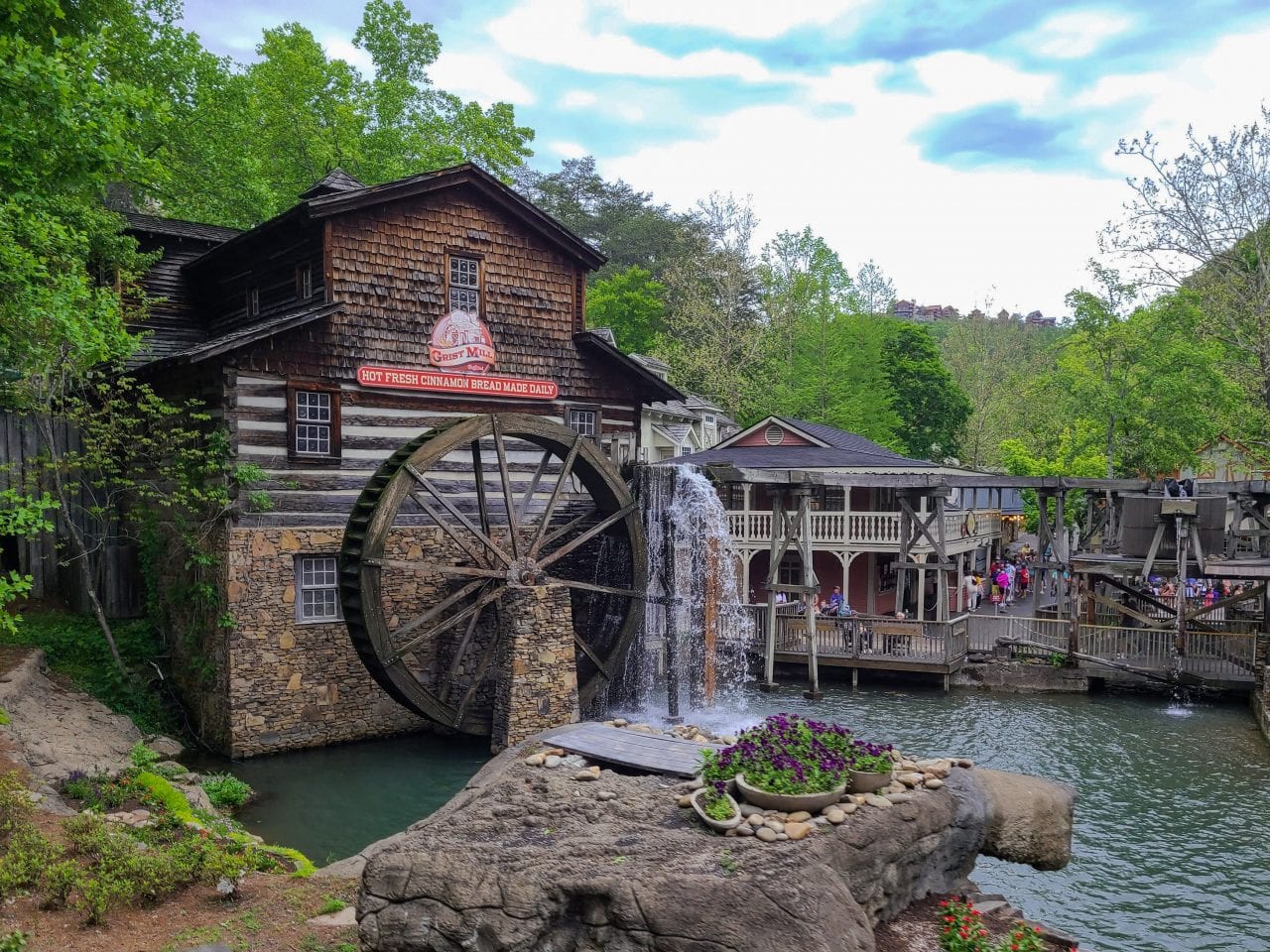 Dollywood hands out maps at the gate with 116 different locations enumerated. That’s entirely too much for a newbie to keep track of. Our interactive Dollywood map only has the top 30 attractions that we describe in our Dollywood guide. It also has features like embedded pictures and descriptions if you click around. Plus, you can even navigate around the park with Google Navigator if you want. So click around as you read this guide and load a copy when you visit the park. You never know when it might come in handy. If it doesn’t load, just hit the refresh button . 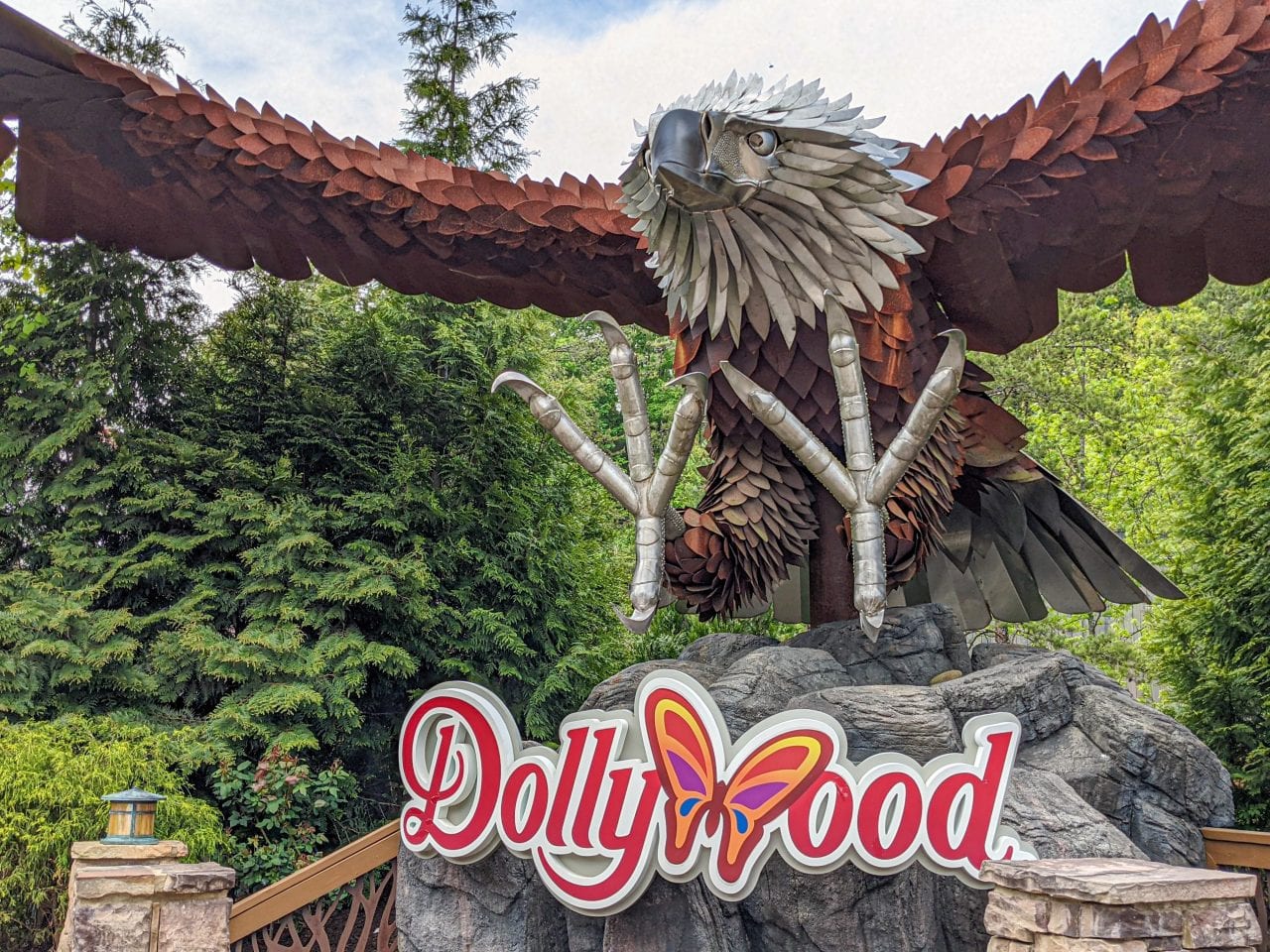 There are many criteria one could use to determine the “best ride” in Dollywood. However, we chose something very simple and straightforward. We’re listing every ride with a height restriction and a TimeSaver option (more on that later). It turns out there are only 13 such attractions in Dollywood, which is a manageable number. There are other quality rides in the park, such as Dare Devil Falls and Blazing Fury, that some could arguably swap onto this list, but I chose my criteria, and I’m sticking to it. 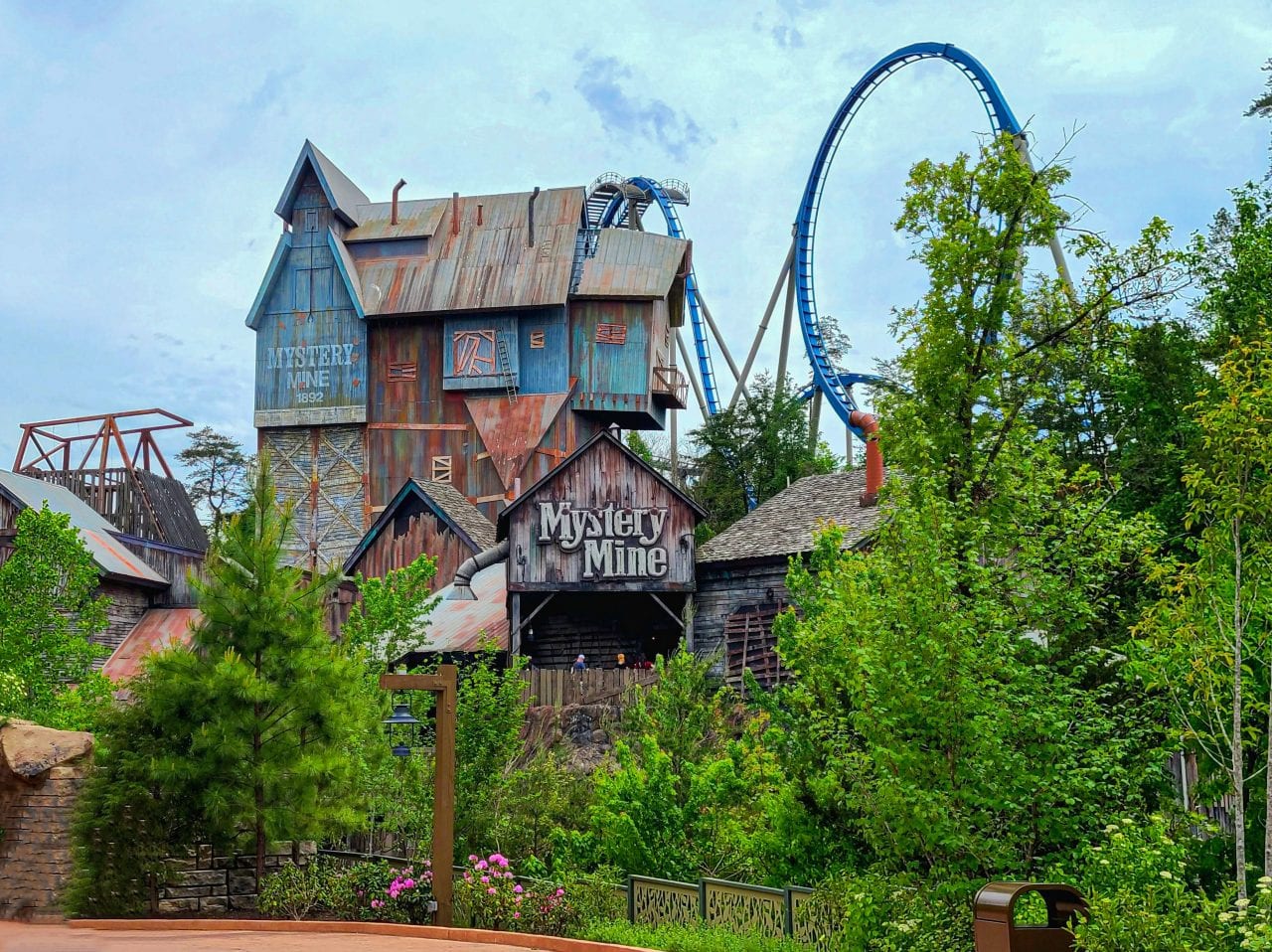 How to Avoid Lines at Dollywood

This is in no way an exhaustive list, but then again, this is a newbie’s guide to Dollywood, so there’s that. Here are four simple strategies for avoiding lines at Dollywood:

The Best Food at Dollywood

Dollywood has all of the theme-park food you could hope for, but two dining options stand out above the rest – Cinnamon Bread and Aunt Granny’s Buffet.

No trip to Dollywood would be complete without immersing yourself in the Smoky Mountains experience. The park is so immersive that it’s bound to happen. However, there are three Smoky Mountain attractions you have to check out. 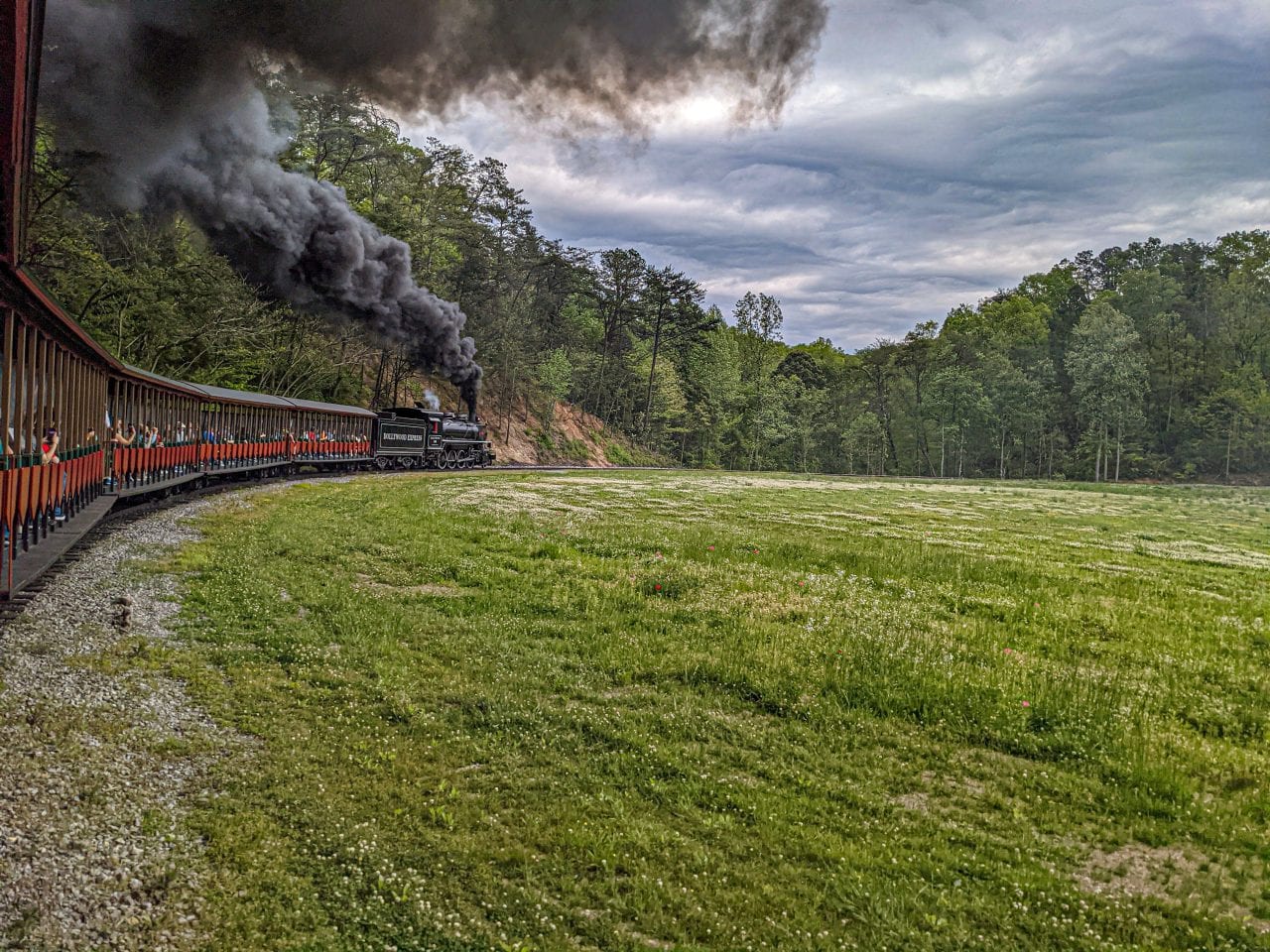 It’s hard to separate Dolly from Dollywood, and why would you want to. Her music fills the air, and so does her unbridled optimism. There are three “must-see” Dolly attractions at the park. 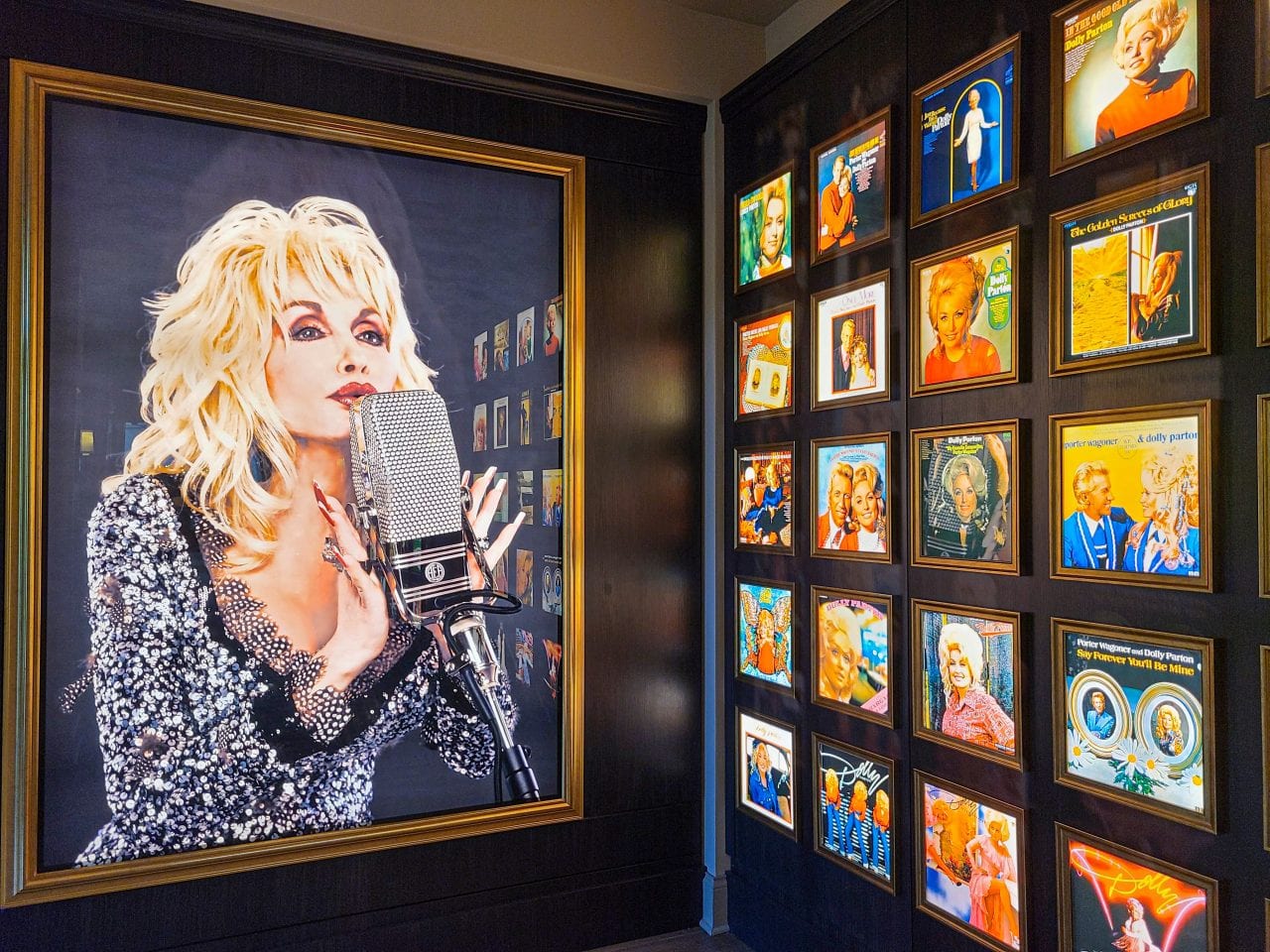 Parting Thoughts on Things to do in Dollywood

Well, we’ve reached the end of our things to do in Dollywood guide and have touched on the outstanding Dollywood resorts, amazing shows, or even the attached waterpark Dollywood’s Splash County. With all these activities and more, it’s easy to imagine coming back and spending more time at Dollywood. If you’re planning a Dollywood vacation, other nearby activities include:

The Smokies are America’s most visited National park. Why not add on a trip to one of America’s best theme parks while you’re in town? Disclosure: A big thank you to Dollywood for hosting us! For more travel inspiration check out their Instagram, Facebook, Twitter, and YouTube accounts.

As always, the views and opinions expressed are entirely our own, and we only recommend brands and destinations that we 100% stand behind. 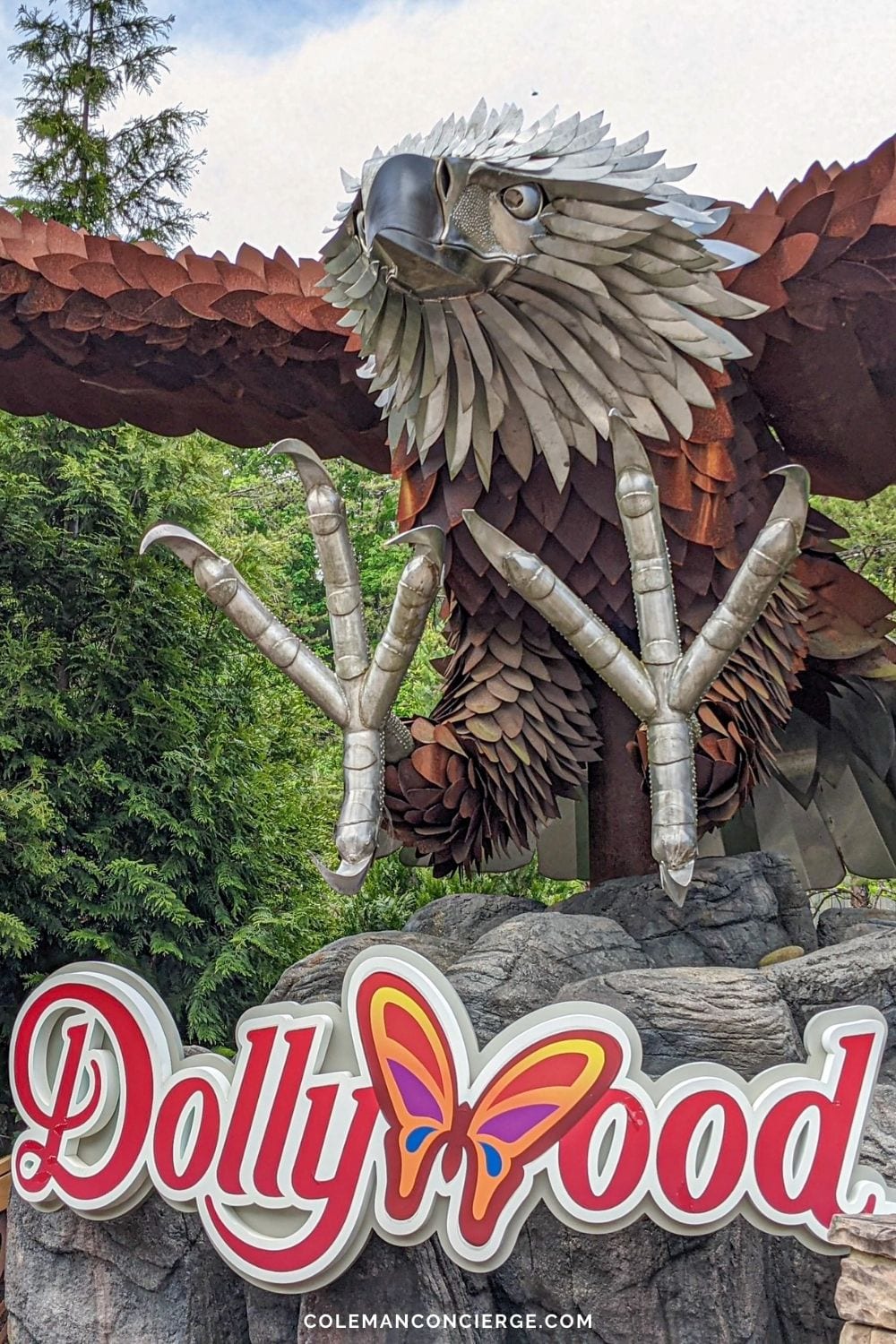 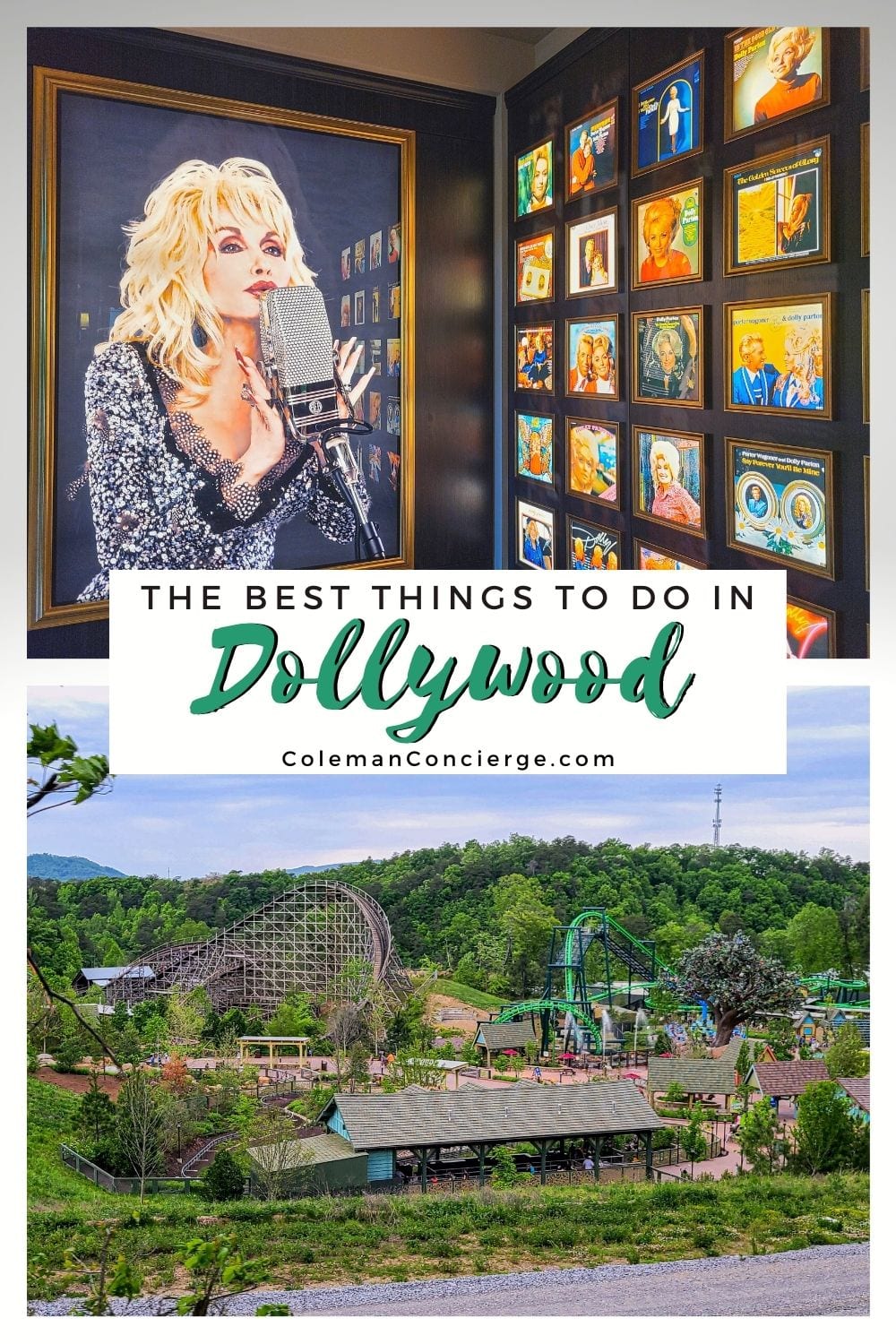 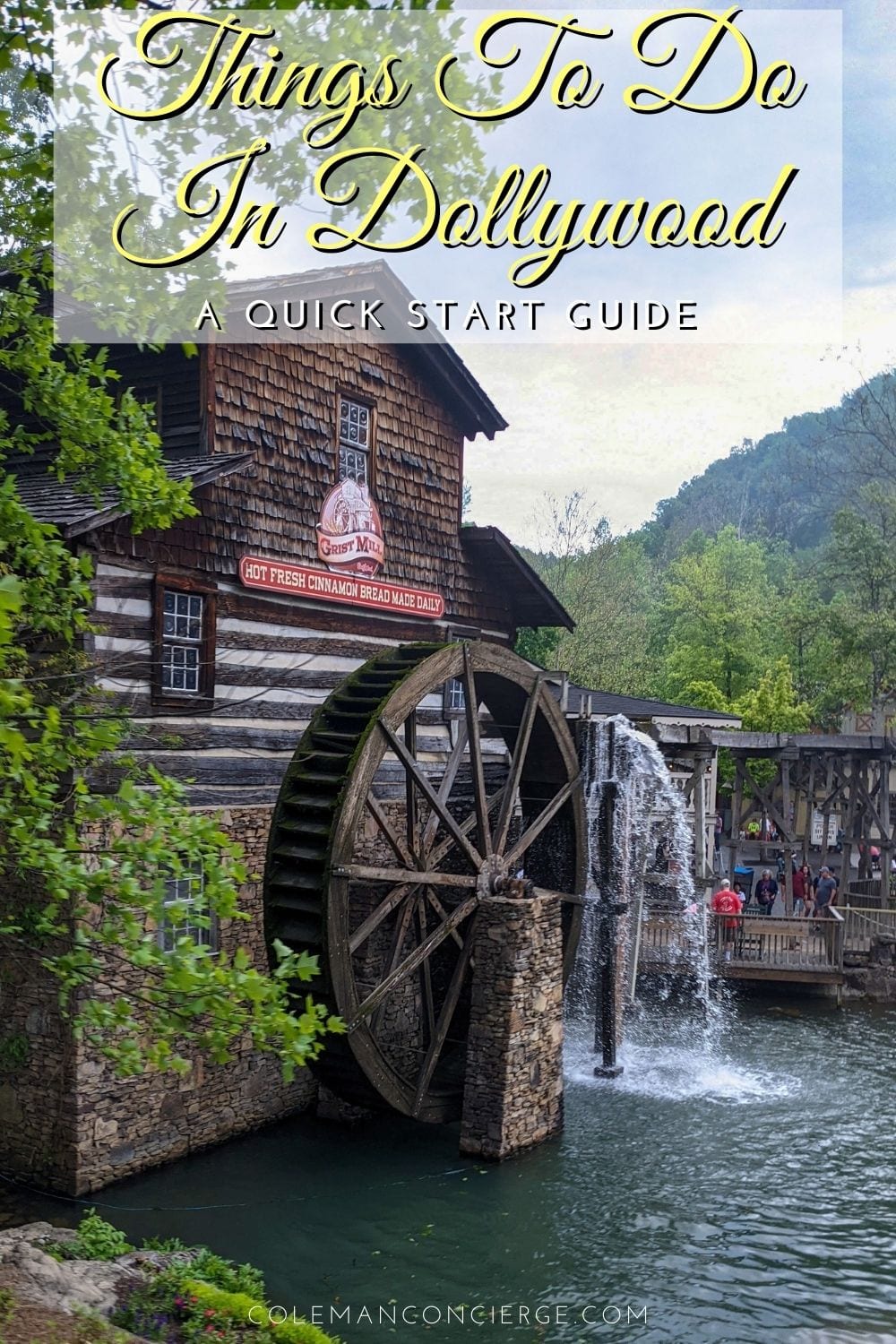 We are excited to share our journey with you!

Join the Concierge Club for behind the scenes content, our latest posts, and more…

Straight to your Inbox!

WE ARE EXCITED TO SHARE OUR JOURNEY WITH YOU!

JOIN THE CONCIERGE CLUB FOR BEHIND THE SCENES CONTENT, OUR LATEST POSTS, AND MORE… STRAIGHT TO YOUR INBOX!

Welcome to our guide to boating Lake Martin, Alabama. We will help you find the best things to do on Lake Martin, as well as points of interest, marinas, boat…

Top Destinations for a Perfect Honeymoon in the Caribbean

Now that you and your partner are past the pre-wedding stress and wedding high, a well-planned honeymoon vacation is a great way to relax and unwind for the first time…

Beaumont Texas, America’s original boomtown, is booming again as an under-the-radar destination for a weekend getaway. However, after we show you all the cool things to do and delicious places…

Here at Coleman Concierge, we encourage everyone to travel responsibly and believe there is potential for tremendous good for the world following that ethos. There is also the potential for horrific consequences from irresponsible travel. Before you go, please check out the latest CDC recommendations for travelers. Even if we can’t physically explore the world, we hope that you enjoy the escape our site provides during these stressful times. Keep your spirits up and your hands clean. There will be a time to travel soon enough.

Amazing Adventures for Ordinary People
Hi! We are Jenn and Ed Coleman, and together we are Coleman Concierge. It is our goal to inspire you to get out, expand your world, and to seek adventure, even in your own backyard. We deeply believe in the transformational power of travel. Our tagline is amazing adventures for ordinary people because we believe that you don’t have to be super rich, super fit or super anything to have an amazing adventure. Expanding your comfort zone and trying new things will pay huge dividends in both health and happiness. We advocate for sustainable and ethical travel and truly believe in the power of travel to transform both ourselves as well as the world around us.

Get our latest travel tips and posts straight to your inbox and start planning your next adventure.

We are a travel couple dedicated to choosing a life full of fun and finding adventures worth sharing. Follow along for practical tips and inspiring advice. Join a community with a zest for living life to its fullest.

Menu
We use cookies on our website to give you the most relevant experience by remembering your preferences and repeat visits. By clicking “Accept”, you consent to the use of ALL the cookies.
Do not sell my personal information.
Cookie SettingsAccept
Manage consent

This website uses cookies to improve your experience while you navigate through the website. Out of these, the cookies that are categorized as necessary are stored on your browser as they are essential for the working of basic functionalities of the website. We also use third-party cookies that help us analyze and understand how you use this website. These cookies will be stored in your browser only with your consent. You also have the option to opt-out of these cookies. But opting out of some of these cookies may affect your browsing experience.
Necessary Always Enabled
Necessary cookies are absolutely essential for the website to function properly. These cookies ensure basic functionalities and security features of the website, anonymously.
Functional
Functional cookies help to perform certain functionalities like sharing the content of the website on social media platforms, collect feedbacks, and other third-party features.
Performance
Performance cookies are used to understand and analyze the key performance indexes of the website which helps in delivering a better user experience for the visitors.
Analytics
Analytical cookies are used to understand how visitors interact with the website. These cookies help provide information on metrics the number of visitors, bounce rate, traffic source, etc.
Advertisement
Advertisement cookies are used to provide visitors with relevant ads and marketing campaigns. These cookies track visitors across websites and collect information to provide customized ads.
Others
Other uncategorized cookies are those that are being analyzed and have not been classified into a category as yet.
SAVE & ACCEPT

Get our latest travel tips and posts straight to your inbox and start planning your next adventure.